While cataloguing boxes of objects stored in the attic, Collections Assistant, Joni Joseph made some interesting finds:

Buttons from 1800!
These three porcelain buttons c. 1800, are hand painted with images of a classical female profile. Our resident Jeweler y expert believes they would have originally on a man’s waistcoat, though they were found in a box of women’s objects. Further research is necessary to find out who they belonged to and how they got to Tudor Place… 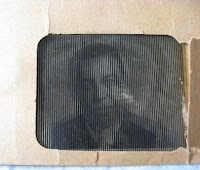 Presidential Memorabilia!
The metamorphosis card is much like the current Scanimation craze in children’s books. We assume it is a political collectible since Woodrow Wilson, Theodore Roosevelt, and William Taft ran for the presidency in 1912. Measurements: L – 12.5 cm, W – 7.6 cm; not terribly large – about the size of a postcard. The lined transparency was probably attached to a tab of some sort that extended through the half-moon cutout allowing the viewer to move it back and forth. This portion is missing. The lines really need to be in the correct spot to reveal the changing images.
Check back for more discoveries as the cataloguing continues…
https://tudorplace.org/wp-content/uploads/2020/01/2020-01-23-300x155.png 0 0 Comms2018 https://tudorplace.org/wp-content/uploads/2020/01/2020-01-23-300x155.png Comms20182009-07-31 11:46:002020-07-30 05:59:59Found in the Attic! 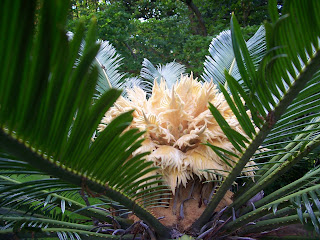 Native of Java (island of Indonesia), fossil records date the Sago to the early Mesozoic Era. The Sago is not related to the common palm except for in general habit of growth.

The male & female flowers grow on separate plants and are pollinated by the wind, insects or human intervention. Male flowers, or inflorescence, are usually 18-20 inches long and cylindrical in form. The female inflorescence is in the form of a semi-globose head, yielding 100-200 large bright red edible nut-like seeds which ripen around the end of December. 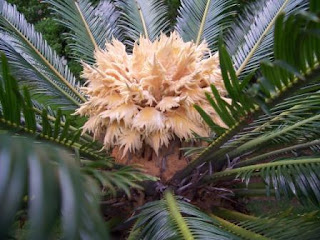 The Sago arrived in North America in 1775 on the famous Boston Tea Party ship. There were 3 sagos on board, the largest went to Mount Vernon, one went to Governor Morris, and the last to Pratt Nursery which is where Tudor Place’s Sago is descended from.

Here at Tudor Place in 1813 Martha and Thomas Peter (and son Washington) went to Philadelphia to visit their daughter Columbia at Madam Revardie’s school. There they bought several small plants and a sago palm at Pratt’s Garden. This began the sago palm’s existence as a traditional landscape feature on TP south lawn.

Currently the Tudor Place Sago Palm is resting by the bench outside the visitor center. You can see this rare and beautiful flower by looking up and through the leaves!