Tudor Place is most often associated with events in the nineteenth and early twentieth centuries. Nestled beneath the Garage, however, is a reminder of the Cold War era of the 1960s. The Bomb Shelter, completed in 1969, offers insight into the nation’s psyche at that time and the anxieties of Tudor Place’s final private owner, Armistead Peter 3rd. Whether built primarily as a shelter from a nuclear blast and fallout, or as a safe retreat from civil unrest, Mr. Peter took great care to ensure that the space would protect the Tudor Place household. 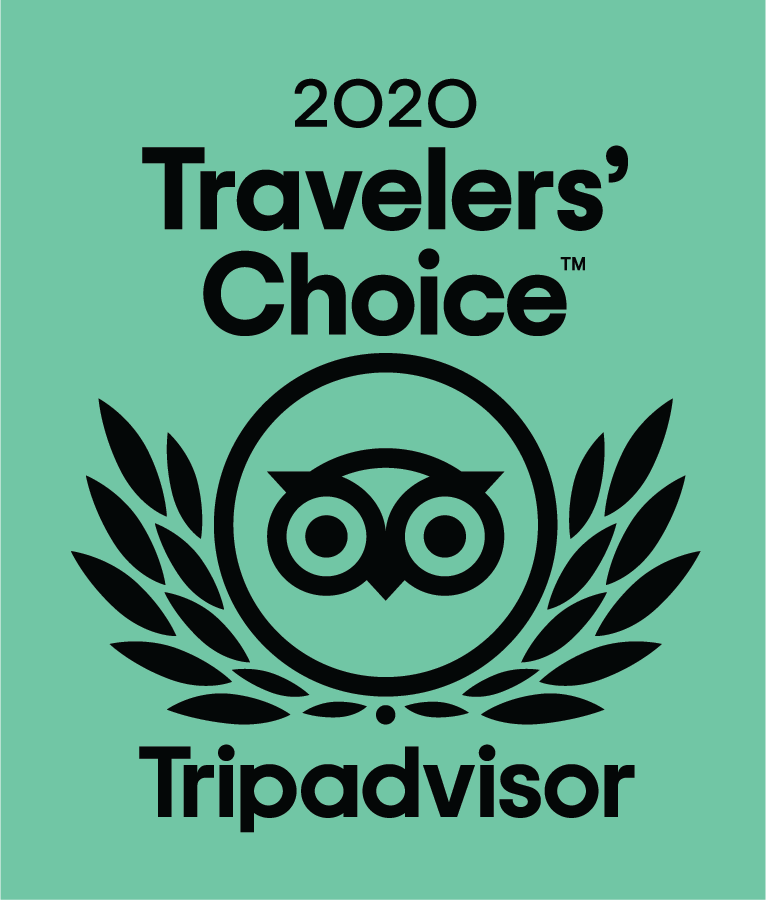 Washington, DC – Tudor Place Historic House & Garden announces it has been recognized as a 2020 Travelers’ Choice award winner by TripAdvisor. Based on a full year of TripAdvisor reviews prior to any changes caused by the pandemic, award winners are known for consistency receiving great traveler feedback, placing them in the top 10% of hospitality business around the globe.

3 Ways to Cover “The First Oval Office” in its Sole D.C. Appearance

George Washington Parke Custis’s most famous acquisition from his grandparents’ home at Mount Vernon was Gen. Washington’s Revolutionary War “marquee,” a hard-used tent in which Custis hosted parties and commemorations. But Custis’s Lee descendants lost it when they sided with the Confederacy, and after the Federal government took the tent for safekeeping, it took Lees descendants more than a century to reclaim it, later selling it for public exhibition. While the original undergoes conservation, reproductions of Washington’s headquarters tent and the dining tent that stood alongside are on tour, coming to just one site in the capital region for just one weekend, and featured during two public events.

Washington, DC –On April 29 and 30, George Washington’s Revolutionary War headquarters and dining tents will be the site of three novel events at Tudor Place in Georgetown, during the exhibition’s only stop in the Washington, D.C., region. On the Tudor Place South Lawn, visitors can tour the scrupulous reproduction of “The First Oval Office” and many of its furnishings, experiencing the linen-walled spaces where General Washington and his staff slept, ate, and strategized during critical moments of the Revolutionary War.

Tudor Place has invited the public to view the tent in an adults-only “sneak peak” evening party, April 29, and a day-long “encampment,” April 30, featuring the tents, colonial crafts and activities, and story-telling and history discussion about the roles of women and African-Americans during the Revolutionary War. Also April 30, a private dinner for donors, served in the tent, will feature a menu and entertainment reminiscent of how Washington would have dined.

Special exhibition of the dining marquee, office, and sleeping quarters that served as George Washington’s Revolutionary War headquarters. The tents will open first for a “Sneak Peek” Tudor Nights cocktail party for adults, Friday evening, April 29, with appearance by costumed interpreter “Mrs. Martha Peter,” founder of Tudor Place, who will chat and answer questions about life on the estate, 18th-19th century politics and events, and early times in the nation’s capital. On Saturday, April 30, guests of all ages can tour the tents during the Revolutionary War Encampment program with activities and features including Mrs. Peter and soldier-enactors, storytelling, and colonial crafts.Saturday evening, April 30, donors will enjoy a historically themed private banquet served in Washington’s reproduction dining tent.

Press are invited to cover any or all three of these events.

Oops! We could not locate your form.

The shelter and dignity of the property’s historic trees — and the risks they face from the violent weather of recent years — have inspired a new event at Tudor Place: a Tree Fest, free and open to the public. Our local environment and the canopy of heritage trees are the focus, and there will be something for everyone!

Now taking vendor registrations for October! The Tree Fest is fully subscribed, but we are taking registrations from vendors and organizations now for the October 18 Fall Harvest Fest, also free and open to the public. Are you a talented regional artisan or food purveyor? Do you have crafts, merchandise, creative eats, and/or useful information to offer? Please contact us today!

WHERE IS WASHINGTON’S BEST DEAL ON HISTORY TOURS?

Use promo code “WHERE” when booking to receive 20% off regular guided tours.

One day this summer, conducting textile inventory with Collections Assistant Joni Joseph, we came across a box that contained several feather fans. Many were in small boxes that had been wrapped with newspaper and tied with string. One of the boxes was wrapped in sheets of the New York Herald from May 22, 1921, and did not appear to have been opened since that date:

Carefully removing the string and paper, we found a box containing a bright pink feather fan with a tortoiseshell handle. Although the fan was beautiful and extravagant, what caught our attention first was debris covering both it and the bottom of the box.

Our first thought was pest damage, the worst nightmare of any Collections Manager. Upon closer inspection, though, we realized it was actually some sort of plant material. We turned to conservator Barbara Roberts, who determined it was… peppercorns!

Now, why would a fan be sealed in a box strewn with peppercorns? Our instinct was, it must be a home remedy to repel moths or other bugs. Preliminary internet research produced no evidence to back this up, however. Only after more in-depth studying did Joni confirm our suspicions at last, in a 1919 how-to book, Housewifery: A Manual and Text Book of Practical Housekeeping. Writing shortly before our fan went into storage,in a chapter called “To Put Away Clothing,” author Lydia Ray Balderston instructed:

The thoroughly clean garment should be packed in moth-proof containers, which range all the way from tight newspaper wrappings, and sheets of tar paper, to tar-paper bags and cedar chests. Pepper, tar balls, camphor, cedar chips, or a combination of cedar, camphor, and tar, such as is sold in packages, are usually enclosed with garments as an extra precaution. The object of these materials is to keep out moths and other insects, as they are pungent and irritating to the air passages of the insect.

The peppercorns certainly worked, as the fan showed no sign of pests or pest damage. It would be interesting to know whether someone at Tudor Place had read this very same manual, or whether the method was common practice at the time. Whatever the case, it was gratifying to see that whoever wrapped this fan 90 years ago was as concerned about preservation and conservation as we are!

Sarah Dickey recently received her M.A. in Museum Studies from George Washington University, with concentrations in Collections Management and Anthropology.