In a site as well preserved as Tudor Place, history and artifacts are not just all around, but underfoot. Archaeology offers unique insights into how past occupants used and occupied the land, which inform our understanding and interpretation of the estate today. A recent excavation near the 1867 Dower House on the property’s northern boundary uncovered not only relatively recent (19th-century) domestic artifacts and architectural debris, but also remnants of prehistoric tool-making.

Before any project that might disturb soil on the site, Tudor Place studies the substrata to preserve its hidden layers of history and material culture. An award-winning site-wide Phase I archaeological survey conducted in 2010 guides staff in targeting areas for investigation. The Dower House fieldwork, conducted from August 17 to 27 by Dovetail Cultural Resources Group under the supervision of Tudor Place Director of Preservation Jessica Zullinger, anticipates maintenance work to be undertaken around the building’s foundations.

The project completed the 2010 site survey by extending it to this lot on the site’s northern perimeter, which was by Tudor Place’s owner in 1866 and “bought back” by her grandson 95 years later. An initial grid of 13 circular, investigative “shovel test pits,” each about 12 inches (“shovel width”)  in diameter, helped determine where to dig eight three-foot-square “test units” providing an in-depth look at the foundation and yard. Because it abuts the fence separating the Dower House lot from the remainder of the property and was part of the original estate, this area was of high interest. Objects turned up included many small domestic artifacts, such as a shard of transfer print china showing indications of burn marks; fragments of blown and polished glass; a possible piece of a child’s toy; a metal object that might be part of a hinge; and an 1865 Indian Head penny. A piece of stoneware bearing a rare intact maker’s mark dates from a local 1820’s manufacturer in Alexandria, Virginia.

A surprising find, in one of the test units, was rare in-situ prehistoric flake tools – tools made by breaking pieces of stone. Finding prehistoric material in context in an urban setting like Washington, D.C., is rare, because city soils are so often disturbed by density, construction, and other landscape changes.

The excavation’s initial findings comport with the land’s 18th-century transition from wilderness to farmland, followed by its use as a home site from the late 1860s. As we continue to analyze data gleaned from the dig, the distribution of artifacts and the mapping of the soil layers that held them will help us better understand the early Capital City, Georgetown, and Tudor Place, possibly in ways yet to be discovered.

Tudor Place is grateful to a private foundation for the grant that enabled this project and to the many visitors, members, and donors whose support enables current and future archaeological investigations. An Annual Fund donation today of any amount helps Tudor Place continue learning and educating the public about the stories these grounds still hold. 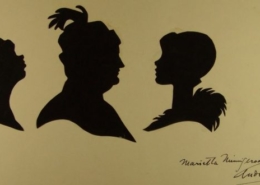 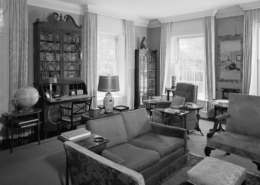