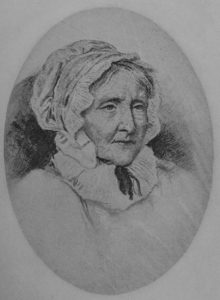 Tudor Place ranks among the top ten ‘Hamilton’-inspired things to do in Washington, DC right now. Currently on display in one of the second floor bedrooms, are two artifacts associated with Alexander Hamilton’s widow, Eliza. These objects will be exhibited through October 9, 2022 coinciding with the Kennedy Center’s performance of Hamilton. For more info, check out John Kelly’s article from the Washington Post on How does Eliza Hamilton end up in Washington? Here’s how.

From a smash-hit musical to museum exhibits to related relics, “Hamilton” lovers can get the full fan experience in DC. Don’t throw away your shot to experience Broadway’s award-winning Hamilton: An American Musical as it returns to the Kennedy Center Aug. 2—Oct. 9. Hamilton left an indelible mark on the nation’s capital, where he’s been immortalized at the Treasury Building and as the president general of the Society of the Cincinnati. Whether you want to continue your adventures after attending Hamilton at the Kennedy Center or you just want to celebrate the founder of our national banking system, we’ve got some great ideas for you.