Houses of worship, colleges and other public buildings in Washington became sites of healing for the sick and wounded during the Civil War. Amid the suffering and tragedies of war are stories of compassion and bravery.

Tudor Place Executive Director Mark Hudson will explore the military hospital system, with a focus upon facilities in Georgetown. He will share observations of those at the hospitals and examine Tudor Place’s role in this effort.

Mark Hudson has been Executive Director of Tudor Place for over five years. During his 30 year career in public history, he has held a strong interest in the Civil War in the Potomac region, which he satisfies through battlefield tours, reading, research and public presentations. He was a member of the Board of Directors of the Save Historic Antietam Foundation and spoke at the battlefield during its 250th Anniversary Commemoration in 2012.

You will be sent a link to ZOOM with instructions, meeting ID and password via email one day before the event

Officers at door of Seminary Hospital, 1865 (Photo courtesy of Library of Congress)

Explore all six Georgetown topics in the Landmark Lecture series 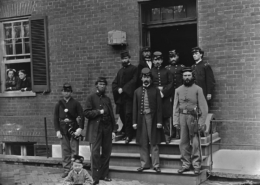 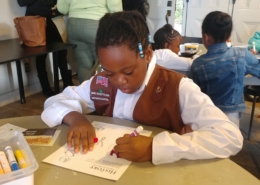 Brownies: Be the Architect